Our Purpose
and Mission

Our commitment to integrity, collaboration, passion and innovation guides how we work with our colleagues, clients, partners and the wider community. Our success comes through the hard work and dedication of our people. Our values speak to the commitment we share—as individuals, as teams, and as an organization—towards contributing to better-informed and more prosperous communities.
Integrity is the foundation for every one of our decisions, discussions and relationships. We are honest, ethical and respectful in how we treat each other, our clients and the wider community. Our operational independence ensures we can provide the best analysis without political or institutional bias.

Paul’s career began in the 1980’s in financial derivative trading and risk management. He was a Director of KPMG’s Banking Risk Management Group, the Global Head of Market Risk at Australia’s second largest bank and a VP of the world’s third largest risk management analytics organization. Upon arriving in Canada in 2000, Paul founded 2 organizations, of which the Canadian Centre for Economic Analysis emerged. Since, Paul has lead over 320 research projects covering a multitude of different topics across economics, labour markets, infrastructure, health care, finance and government policy. All projects have been performed using CANCEA’s unique geo-spatial, Canada wide socio-economic simulation platform.
Paul has a Doctorate in Business Administration, Masters of Economics, Bachelor of Economics, Bachelor of Law and a Chartered Accounting Degree. Paul has won several awards for his work.

David has 25 years of experience in the mathematical modelling of complex systems. For the past 14 years, David applied his skills learned as a computational quantum physicist to modern agent-based, regional analysis. After completing his PhD in computational physics at Queen’s University in Kingston, he held a post-doctoral research fellowship at the Max Planck Institute for Nuclear Physics in Germany before returning to Canada to take up his current position at CANCEA in 2008.
Since 2008, David has led the development of mathematical models and agent-based microsimulation for CANCEA. David is also the lead architect behind the design of CANCEA’s agent-based statistical analysis platform, Canada’s largest simulation platform of its kind.

Founded in 2002, the Canadian Centre for Economic Analysis is an independent and interdisciplinary socio-economic advisory and analytics organization, providing objective evidence to support better decisions regarding Canada’s sustainability and prosperity.
At the core of our consulting and data services is Canada’s largest and most integrated socio-economic simulation platform. The platform is Canada’s only agent-based simulation model of the country that involves cutting-edge and complex “big data” computer simulations that incorporates social, health, economic, occupational, financial, and infrastructure factors that combine to serve Canadians’ socio-economic evaluation, planning and policy interests. 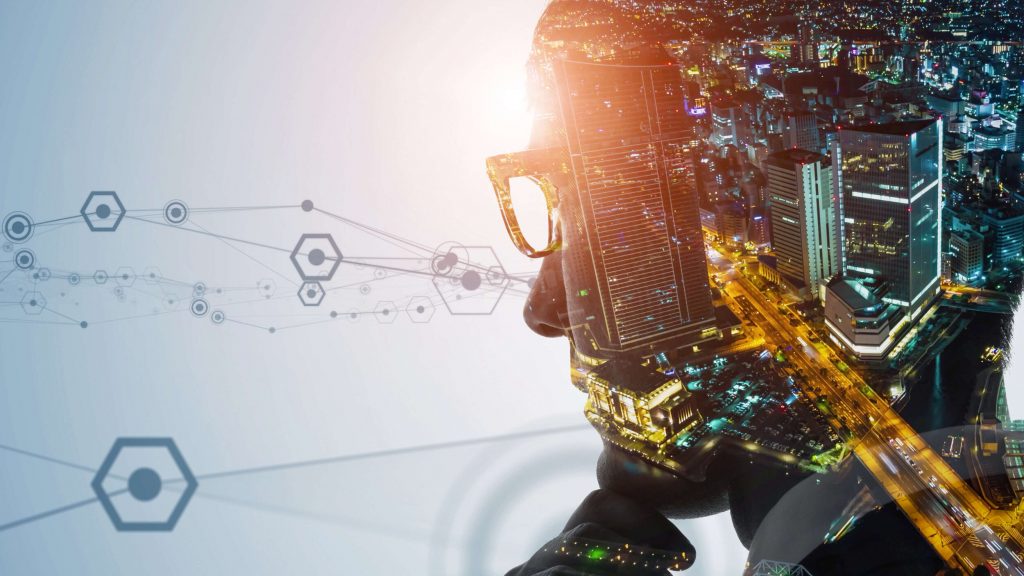 Our dedication to systems thinking and modelling

Systems are more than the sum of their parts. This notion – that systems, such as economies or ecosystems, require multiple component pieces interacting in order to exist and be sustainable – is at the heart of “systems thinking”.
Read More

Such thinking views specific outcomes of an event not as topics of siloed study, but as inputs within a larger whole. Imagine a Rubik’s cube: if only trying to solve for the colour orange, we fail entirely to see the effects our actions have taken upon the other five colours. In other words, how are things connected within a system and how do actions reverberate through it?

Socio-economic questions are no different. An economy is an incredibly complex system, with a vast array of daily interactions between many diverse “agents”. Traditional economic analysis overly rely on summary statistics, averages and general relationships to estimate cause and effect. Such analysis does reasonably well at the study of marginal changes, and typically only short-term ones. And it does so by looking at the system from the top down.

But people and firms aren’t averages. They are unique and can behave differently given their circumstances and constraints. By oversimplifying, traditional economics breaks down when a constraint enters a system in a way that doesn’t affect everyone proportionally. What the financial crisis of 2007-08 and the recent pandemic have taught the economics community was that the old ways of thinking don’t necessarily work in today’s reality. We need to start looking bottom up and let people be people, not averages.

In our analogy above, traditional economics typically only focuses on solving for the colour orange, and therefore misses a lot of what actually happens in a complex socio-economic system. This myopic view, by choosing to value things too narrowly, can lead to poor risk-taking.

In the academic world, the results observed as agents interact that could not be deduced simply by observing the agents themselves are often referred to as “emergent properties”. Economists simply call such outcomes “unintended consequences”, and the ability to identify such outcomes is at the heart of our systems-based socio-economic platform. In other words, CANCEA’s platform measures how all actions affect all colours on our Rubik’s cube. This is a fundamentally different way to understanding what value is and what value at risk truly looks like.

In response to the challenges of modelling complex systems, our socio-economic agent-based simulation platform has been continuously growing and expanding since 2005. The agent-based model of Canada handles the complexity of the many topics we are asked to cover.
Read More

What had resulted was a cutting-edge and powerful agent-based simulation platform for geo-spatial socio-economic analysis. It is a large “big data” computer system that simulates the interactions of more than 42 million virtual agents (individuals, corporations, governments, and non-profit organizations) that are encoded with economic and behavioural rules, enabling them to make decisions, act based on a set of rules and circumstances, and be influenced by the actions of others. Where relevant, each agent has over 850 traits across 235 industries and 440 commodities within over 56,000 dissemination areas across Canada. Per simulation step in time, this equates to over 19 billion interaction measurements, including the buying and selling of goods or an individual paying taxes. But it does so by scrubbing and testing masses of data and focusing precisely on the key drivers of behaviour.

Further, agents can be endowed with behavioural traits, such as their confidence in achieving outcomes and their dynamically evolving tolerance towards risk (under normal and near-ruin circumstances). And, agents may change or evolve due to local circumstances or external stimuli, allowing unanticipated behaviors to emerge, which are only identified by way of experimental simulation.

This allows our socio-economic platform to capture hyper-detail about how events could occur and how unintended consequences can emerge from unlikely synergies between risk factors. Traditional methods to estimate risk fail to capture the real statistics of the evolution of events. Top-down models have difficulty understanding turning points, because they think that an economy wants to behave roughly as it has in the past (economists use the term “equilibrium” around which an economy bounces around). That is, order and design (e.g., efficient markets) are imposed on the economy through “representative agents” who behave like everyone else. As explained by The Economist, these models “do badly in a crisis… [because] there is no equilibrium during crashes.” Plenty was written about this after 2007-08.

Agent-based modelling is not so constrained. By making no assumptions about market efficiency or equilibrium, it allows economic agents to set their desired individual outcomes and try to achieve them. The issue of course – that affects economic agents in reality – is that it may not be possible to do so for everyone. Some people want to work but can’t. Some companies want to purchase inputs to production but can’t. Some municipalities want to grow their population but cant given insufficient housing. Some governments want to get enough tax revenue to pay for public services but can’t.

Ultimately, by offering not only a different take but a more realistic one, agent-based modeling – and CANCEA’s socio-economic simulation platform specifically – provides a disruptive approach to socio-economic analysis and data generation. This approach is not limited by the constraints that plague top-down economic models.

This means that we can provide robust answers to more questions than traditional economics can, but it does so by identifying the critical factors among linked data and connecting their impacts. In other words, it sees a socio-economic system as more than the sum of its parts. The power for improved decision-making is derived from such insights, not by telling policymakers what to think, but by giving them the insights and information they need to make good decisions. 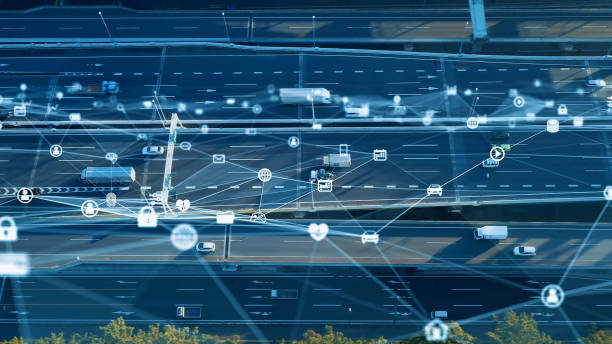 We are always seeking top talent

To join our successful team of innovators, economists and business and thought leaders as a member of our team, you will be an integral part of our growth plans and would join Canada’s only agent-based socio-economic company at the forefront of our industry. You will have the opportunity to collaborate with professionals from various backgrounds. You will contribute to a culture that is focused on diversity, inclusion and development.
We are currently looking for Canadian-based, experienced economists with significant experience with economic impact analysis, report writing and the ambition to develop their career. Do you have excellent analytical, quantitative, report writing and communication skills? Are you able to communicate complex issues in a clear and concise way? Do you have demonstrated interest in data analysis, economic development and public policy?
Contact Us